Under the terms of the CJV Longmay and CFT Holdings have established a Cooperative Joint Venture Company – Aolong Energy Co., Ltd. CFT Holdings holds an 80% interest in the CJV entity and retains operational and fiscal control of the exploration, production and utilisation activities to be undertaken over a 45 year mining license period.

Initially, the Company’s commercial activities will be focused on the five coal mine sites of Junde, Xiangan, Yixing, Xian Xian and Bird Mountain located in the Hegang area within the Heilongjiang Province of north-east China (Hegang Project).

In order to complete our key objectives, we intend to implement a strategy to take the Company from exploration to initial production within 6 to 12 months. Although this is an unusually short lead time, we are at a significant advantage with the majority of the exploration works already being completed by Longmay. We are therefore confident that a targeted and effective drilling program will be able to commence within several months of the relisting of the Company. 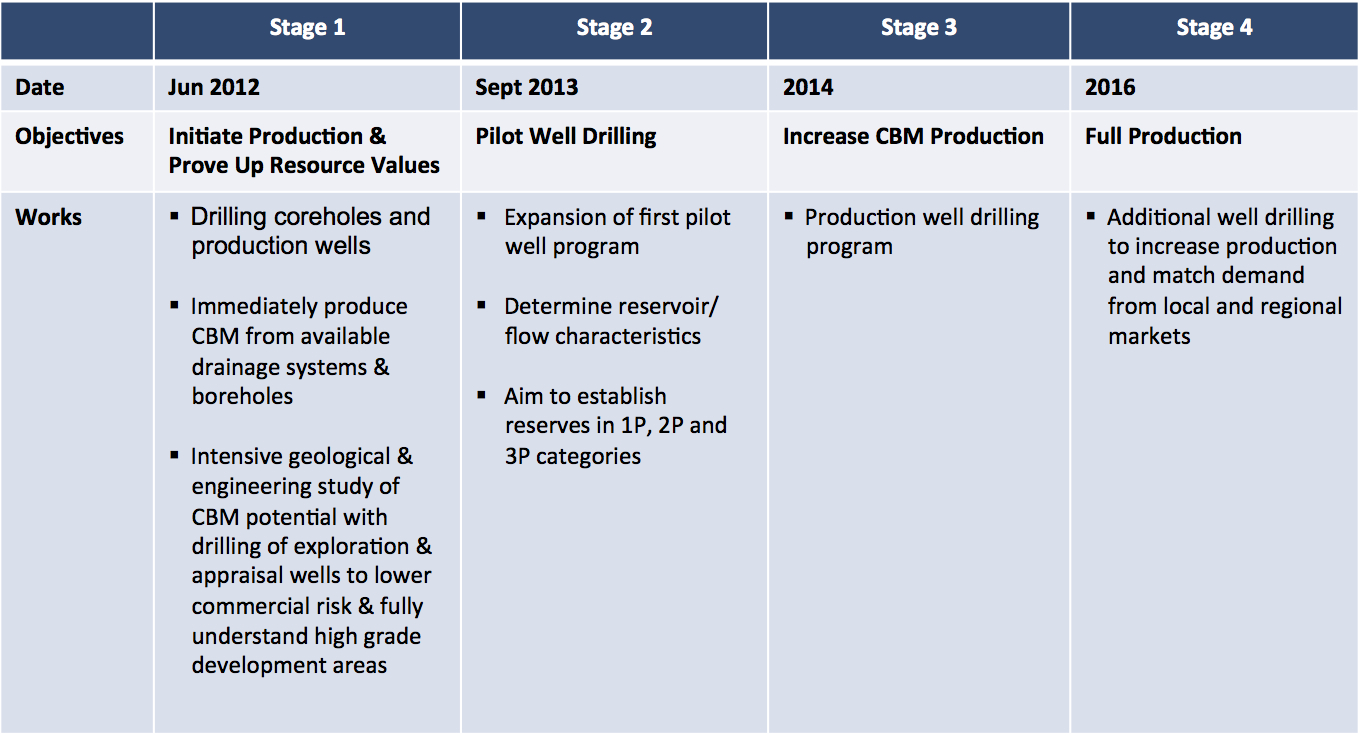 The CJV grants the Company access to over 40 mining interests within the Longmay portfolio across four highly methane charged areas; Hegang, Shuangyashan, Qitahe and Jixi. The Company’s initial focus is on the development of the five key coal mines of the Hegang area; Junde, Xiangan, Yixing, Xian Xian and Bird Mountain. 45,000 local households are already provided with low grade cooking gas vented from the mine sites in the Hegang area. The Company is therefore confident that the sites can be swiftly brought into production, and the gas transported to a pre-defined and receptive marketplace. 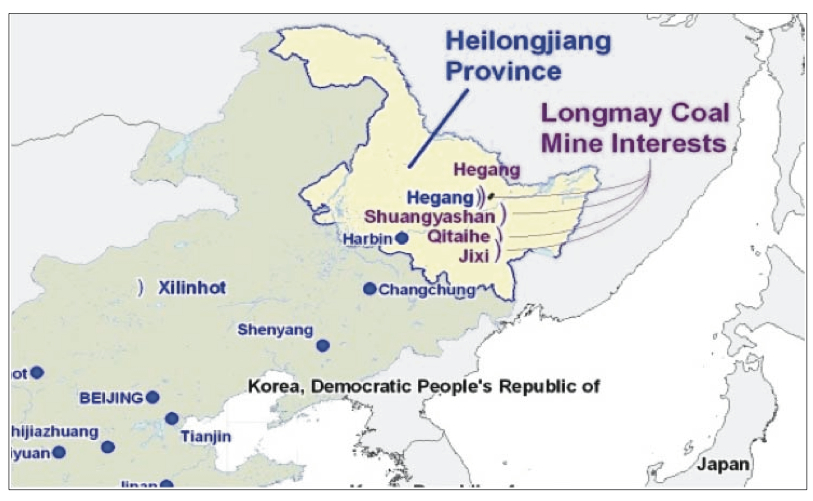 The coal mines in the Heilongjiang Province are located within the rich methane belts of the Sanjing-Mulinghe basin. The sequence is Carboniferous-Permian in age. Total coal thickness averages 736m, with the Permian section coals averaging almost 700m.

There are trends in the coal seam properties in respect of gas saturation, permeability and thickness across the area which are in the process of being graded to identify initial and sequential targets for pilot drilling.

The coals occur at depths of 400m to 1700m and cover an area of approx 2700km2. The contract area includes 4 highly methane-charged coalmine areas and 40 coal mine sites.

The coal rank is high/medium volatile bituminous with gas contents ranging from 7 to 12m3/ tonne. The Vitrinite reflectance ranges from 0.85 to 1.81. Permeability is reported to be between 2 md to 5 md with generally well structured butts and cleats.

The data and information above is derived from Longmay coalmine data and believed to be within acceptable ranges for such data.

In recent months, CFT HK has engaged independent technical experts MBA Petroleum Consultants to review the data from Longmay and provide Gas-In-Place (GIP) Reports for the five Hegang mines. These reports are extremely encouraging and only represent a small portion of the potential gas available under the CJV. A summary of their findings is included below.

We are currently in the process of proving up the resource values for this project, but similar projects have had a CMM delivery capability of 4 to 10 million cubic feet/day (mmscf/d) of up to 60% methane as an initial gas stream from the coal mine methane (CMM) extraction system and then a similar additional 4 to 10 mmscf/d methane stream of 94% + purity from the coal bed methane (CBM) as a parallel second stage of the project.

China, as the world's fourth largest natural gas consumer is expecting a marked increase in demand for natural gas and particularly CBM, over the coming decades. This forecasted increase in demand, coupled with expected rises in cost for imported gas has driven Chinese government support for the growth of the local CBM industry. There is a separate CBM plan within China’s 12th 5 year energy plan to further stimulate CBM development. Also, the National Development and Reform Commission is supporting an increase in CBM production from 1bcm to 9bcm over the next 5 years through a mix of subsidies and infrastructure investment.

Strong pricing fundamentals are also driving demand for the development of the Chinese CBM industry. The cost of imported gas increasing due to LNG prices being pegged to rising oil prices:

Chinese produced CBM provides an attractive resource opportunity due to its flexibility to be competitively priced due to its close proximity to market and the fact that its pricing is deregulated, unlike LNG.

• Jiamusi city has 2.5 million people at 2010 census (located within 50kms of Hegang mine sites)

• There are over 3.5 million people within a 60km radius of the Hegang mine sites.

• This area is well established and has all of the necessary infrastructure. 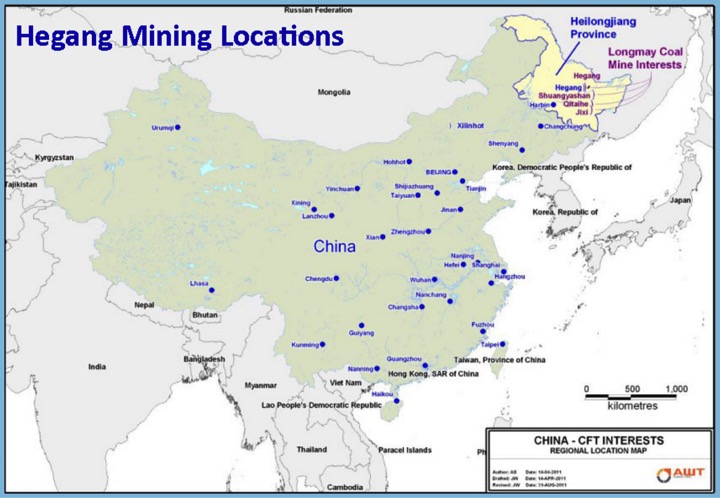 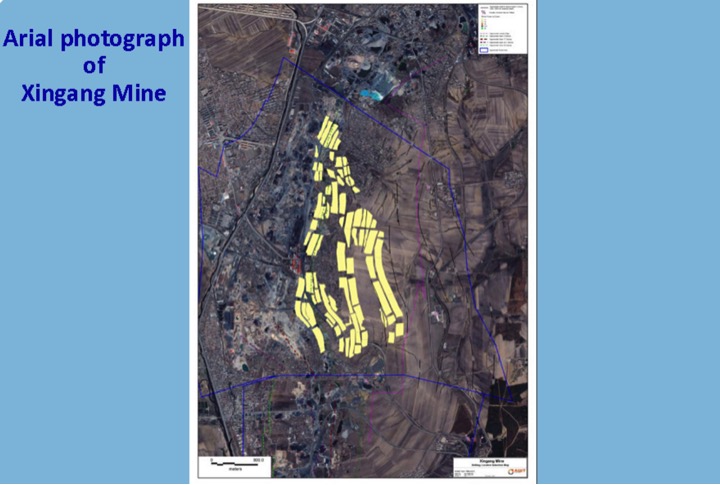 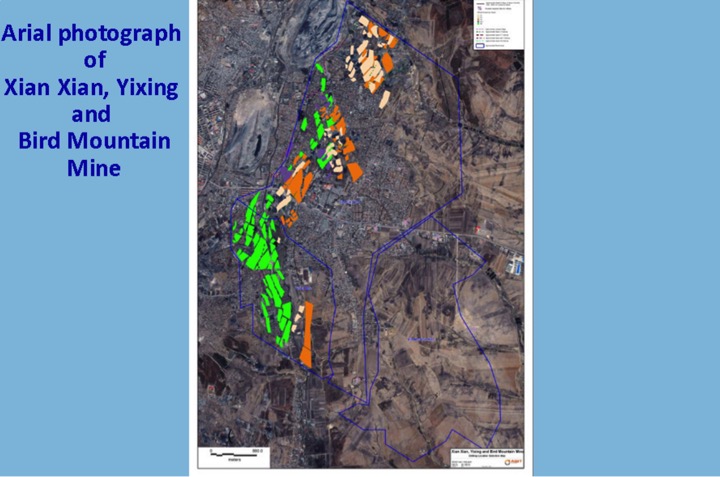 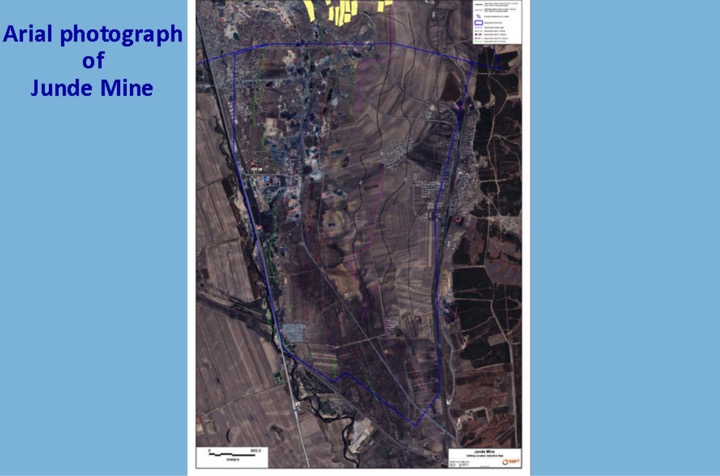 Thank you for your message, we will be in touch very shortly.

Sorry, there has been a problem and your message was not sent.